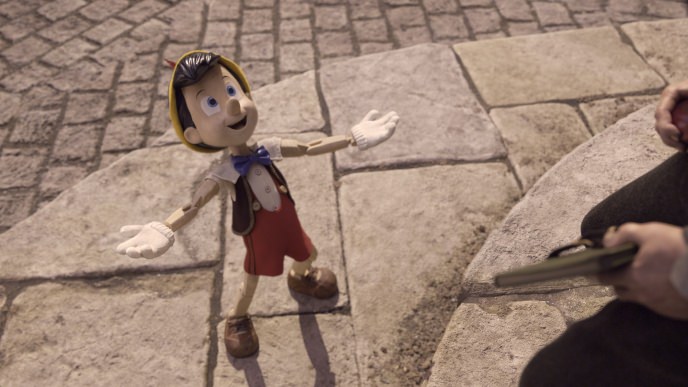 Robert Zemeckis won an Academy Award, a Golden Globe and a Director’s Guild of American Award for Best Director for the hugely successful and popular “Forrest Gump.” The film’s numerous honors also included a Best Picture Oscar and for Tom Hanks, a Best Actor Oscar. Early in his career, Zemeckis co-wrote with Bob Gale and directed “Back to the Future,” which was the top-grossing release of 1985, and for which Zemeckis shared Oscar and Golden Globe nominations for Best Original Screenplay. He then went on to helm “Back to the Future, Part II” and “Part III,” completing one of the most successful film franchises in motion picture history.

Zemeckis has brought an impressive number of popular films to the screen including the comedies “Used Cars” and “I Wanna Hold Your Hand,” the romantic adventure “Romancing The Stone” starring Michael Douglas and Kathleen Turner and the macabre comedy hit “Death Becomes Her” starring Meryl Streep, Goldie Hawn and Bruce Willis. He also directed “Who Framed Roger Rabbit?” cleverly blending live-action and animation in a feature film, resulting in a worldwide box office smash.

Zemeckis re-teamed with Hanks directing and producing the contemporary drama “Cast Away” which opened to critical and audience acclaim. He directed and produced “Contact,” starring Jodie Foster, based on the best-selling novel by Carl Sagan. He also co-wrote and directed the motion capture film “The Polar Express,” starring Tom Hanks as a charming train conductor taking children on a magical adventure to the North Pole. Zemeckis produced and directed his second motion capture film, “Beowulf” which starred Anthony Hopkins and Angelina Jolie, based on one of the oldest surviving pieces of Anglo-Saxon literature, written before the 10th Century A.D. He released another advanced motion-capture film, “A Christmas Carol,” based on the celebrated and beloved classic story by Charles Dickens which he both wrote and directed for The Disney Studios.

Zemeckis returned to live-action direction with the critically-acclaimed dramatic feature “Flight,” for Paramount Pictures starring Denzel Washington. Under the direction of Zemeckis, Washington received an Academy Award nomination for the role. For “The Walk,” he directed Joseph Gordon-Levitt and Ben Kingsley in the story of French high-wire artist Philippe Petit’s 1974 attempt to cross the Twin Towers of the World Trade Center. He then directed the romantic thriller “Allied” starring Brad Pitt and Marion Cotillard, telling the compelling story of the relationship between a Canadian Intelligence Officer and a French Resistance Fighter against the backdrop of WWII in North Africa in 1942.

Along with Caroline Thompson, Zemeckis wrote the screenplay for “Welcome to Marwen,” which he directed for Universal Pictures. The film starred Steve Carell as artist Mark Hogancamp who created a miniature WWII-era village as a way to recover from a violent assault. He then directed “The Witches” for Warner Bros. Studios.

Zemeckis produced such films as “The Frighteners,” “Monster House,” “Last Holiday,” and as a producer brought the true life story of “The Prize Winner of Defiance, Ohio” starring Julianne Moore and Woody Harrelson to the big screen. Along with Bob Gale, Zemeckis co-wrote “Trespass.” He and Gale previously wrote “1941,” which began a long-time association with Steven Spielberg. For his present directorial effort, Zemeckis has completed Pinocchio which he co-wrote for The Disney Studios. The film is currently on Disney+

In 1998 Zemeckis, Steve Starkey and Jack Rapke partnered to form the ImageMovers, a production company dedicated to telling character-driven stories across many genres for film and television incorporating into their both cutting-edge and innovative digital technology. For the small screen, his television directing credits include episodes of Spielberg’s “Amazing Stories “and HBO’s “Tales From the Crypt.” He serves as executive producer on “Medal of Honor” for Netflix and also executive produces on “Blue Book” for the History Channel and on “Manifest” for NBC and Warner Bros. Studios.

In March 2001, the USC School of Cinema-Television celebrated the opening of the Robert Zemeckis Center for Digital Arts. This state-of-the-art center is the country’s first and only fully digital training center and houses the latest in non-linear production and post-production equipment as well as stages, a 50-seat screening room and USC student-run television station, Trojan Vision.